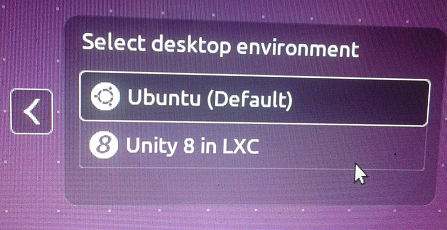 Unity is a well known desktop environment developed by Canonical for Ubuntu specifically. It is well known for features like simplicity, power and integration for both users and app developers. The unity project was started in 2010 by Canonical and was aimed for notebook users but it has spawned a great deal for desktop and mobile devices as well. It offers a consistent and elegant desktop environment for ubuntu desktop and notebook users. The most recent under development version for Unity is 8, we will be reviewing its prominent features and installation process in the article.

Unity, under constant development, is being equipped with many features and bug fixes. The upcoming latest release can be considered as a mile stone as it introduces new techniques to overcome the issues and enhance this desktop environment’s usability and integration. Here are some of the noteworthy features of release 8:

We hope to see a lot more once the development for this is completed and we can experience stability and maturity in offered features at that point.

Installing Unity 8 on Ubuntu 15.04 is pretty straight forward. First of all launch your terminal (Applications >> Terminal) and run APT package manager updates. Good news is that it is part of Ubuntu 15.04 package manager part. If you are using old versions of Ubuntu, you will need to include PPA for Unity separately to accomplish this. Ubuntu 15.04 users should run:

Once updates process finishes, run following command to initiate the install of the Unity 8.

Reply with “Y” when prompted for confirmation of download.

That’s all, It will take a sweet amount of time to download and install all required components.

Once the  installation process is complete, you can launch Unity 8 dekstop from your login menu. Reboot your system or Logout your current session and on your login window, you should be able to see Unity 8 Desktop environment in the drop down menu. Login and Enjoy !

Unity is not resource hungry, but if you need to remove it for any reason,  the uninstall process is simple as well, run following command to remove it.

You need to reboot your system or logout your current session to erase the traces of this desktop environment.

Unity is a feature rich, evolving desktop environment, most Linux distros are planning to have it as as a part of native desktop environments. Currently Unity has some limitations too with respect to graphics drivers, but we can hope to see lot of fixes in upcoming releases.