Introduction to Ember and phantomjs

Ember.js is an open source Java Script platform and is used to generate modern day single page applications. Although, originally designed to develop interactive web applications, but it can also be used to program desktop or mobile apps. A good number of internet sites and tools are being developed using this framework, noteworthy of them is Apple’s iTunes Music. It’s speedy, developer friendly and caters the modern programming needs.

Phantomjs is a headless web browser and provides similar browsing environment as Safari and Google Chrome. It provides a Java Script API which makes running browser-based unit tests a piece of cake. It was released in 2011 and this API is widely being used to perform browser related operations like capturing screenshots, opening specified web pages, injecting codes to web pages etc.

Prior to installing Ember and Phantom.js, we should have following packages installed on our Ubuntu system.

It should take a while to download all required stuff and perform configuration for you. Here is how a successful install process should look like. 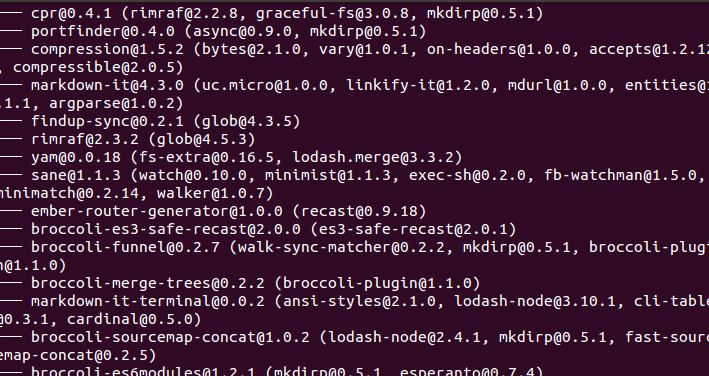 Sit tight, it should take couple of minutes to complete the installation process.

Both tools are considered to be aligned with modern web technologies and are secure. The popularity of these technologies is on the rise, it is estimated that Ember.js has over average 25k download per month.