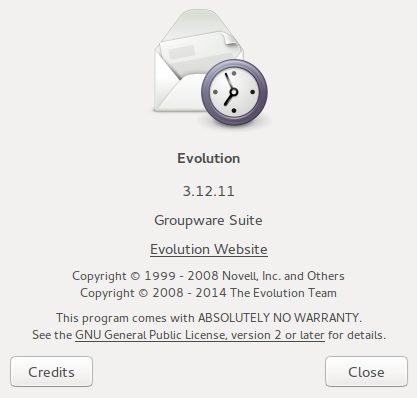 Evolution is the default email client application for Gnome desktop environment. It is considered to be an alternative for Microsoft outlook, it is a free software and combines the features of email client, calendar, address book, and note taking application. Evolution was developed in 2000 and it has been receiving continuous updates from developers till now, it has emerged as an important part of GNOME desktops. With Ubuntu 15.04 out now, GNOME desktop still contains bit old version of Evolution, in the article, we will see how to upgrade this app to latest version and its prominent features.

Evolution has a long list of feathers to its cap, here are some of the noteworthy salient features in the latest releases.

By default,  Ubuntu 15.04 GNOME comes with Evoltion 3.12 which is bit older version.

If you are looking for a way to upgrade to the latest 3.16 version, you are on the right place. Here are simple steps to follow, first of all backup your Evolution data and run following command to remove old version of evolution

Now run following command on your terminal to add Evolution PPA repository to your package manager.

Run following command on your terminal to install Evolution version 3.16 on your favorite operating system.

That’s all, launch Evolution client from Applications menu and you should be able to see it running on latest version. 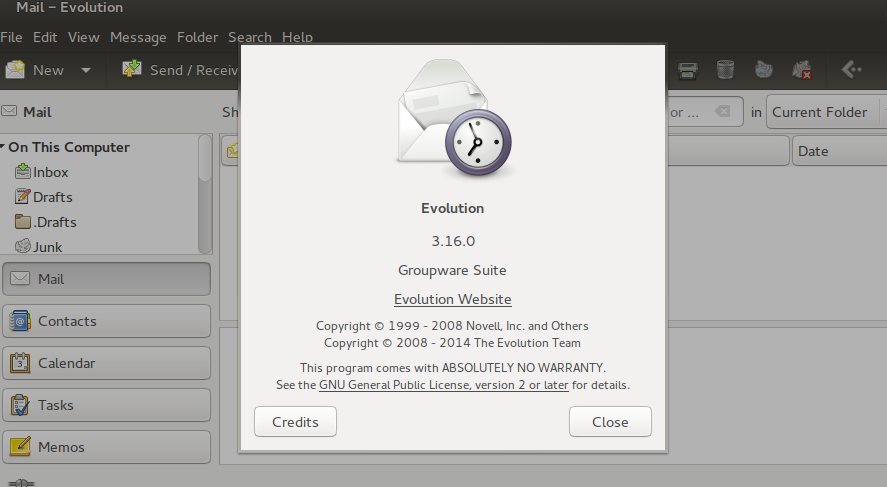 Evolution is a well organized, pretty stable and most widely used GNOME application. Although with the introduction of many free third party email client software, Evolution has still not lost its charm, pretty much because of constant development and bug fixes. We hope you find this article useful, let us know in comments please.