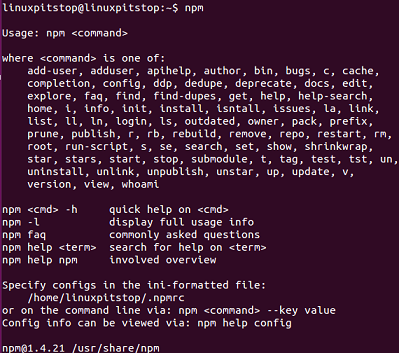 What is Angular JS

Angular JS is the most popular java script project, it lets you extend the functionality of HTML to great extent and is considered to be ideal for creating Single Page Applications (SPA). It is a toolset for building the frameworks and is highly extensible and customizable project. It is being used  by developers to cater the needs of modern day programming. According to a recent survey by Github, Angular JS is the most popular project.  It is a Google’s project and currently many developers rank it as the best MVC framework for JavaScript.

What is Yeoman angular generator

Lets see how we can install this application to deploy our Angular projects. In order to install this generator app, we need to have following two packages installed on our System:

If you are want to know more about these two components, check out related article.

Launch your terminal and run following command to update your package manager:

As soon as Node.Js installation is complete, run following command to install NPM (NPM is a package manager for node.js)

Run “npm” command on the terminal to see more about its available command line options.

That’s all, we are ready to install Yeoman angular generator now. Run following npm command to install it on your Ubuntu system.

Replace APPNAME with the name of your application.

Due to the popularity of Angular applications, you might find some more applications of the same nature as Yeoman, but its totally matter of preference as which tool to use to deploy your angular programs. Yeoman is pretty easy and most widely used.