Orca is well known open source screen reader application which is part of ubuntu GNOME desktop environment, ubuntu is operating system for every kind of users, such apps help people with visual impairments to use the operating system with ease. Orca has been facilitating large number of such users from over years now. It is available for both GNOME and Unity desktops. Today, Orca 3.17.3 beta has been released . GNOME development team is busy with finalizing the new releases of this awesome desktop environment, 3.17 and 3.18, Orca also got some fantastic updates in this proess. Orca 3.17.3 has been revamped and many new features have been added. In this article, we will be reviewing its important new features and installation process on ubuntu 15.04 GNOME.

Disclaimer:  Please note that Orca 3.17.3 is still a testing/beta release, so it may have unknown issues, Beta release is not intended to be installed on production system.

First of all download the latest Orca release from Softpedia. 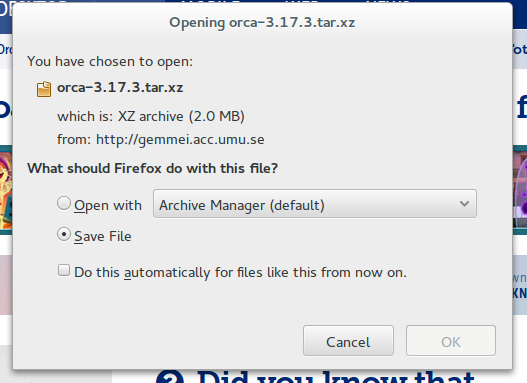 As soon as the download process is complete, run following command to extract the downloaded file.

As soon as configure command is completed, run following command to proceed further with installation process.

Now Run final command to complete the installation of this awesome screen reader.

Enjoy, Orca 3.17.3 has been installed, Launch it from Applications menu and start using this tool 🙂